Naan and Kulcha are Indian flat breads., which are served with some hot and piping gravies. Kulcha was born in Amritsar. Often it is called as "Amritsari Kulcha".

But today, I prepared the kulcha, without any filling. This recipe, I bookmarked so many months back at Hamaree Rasoi page. This particular recipe, grabbed my attention, because of using club soda. Soda makes the kulcha so soft  and fluffy. 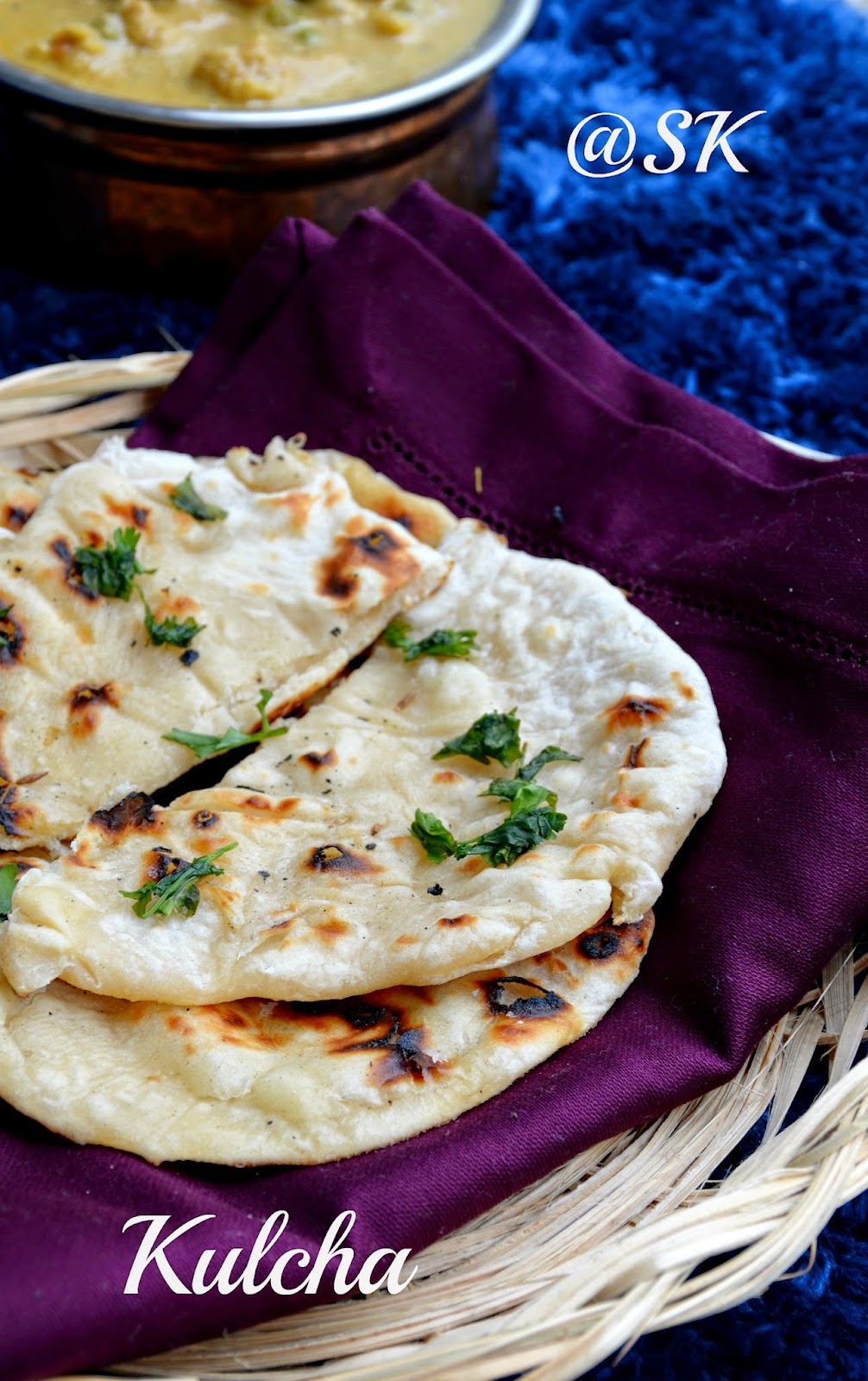 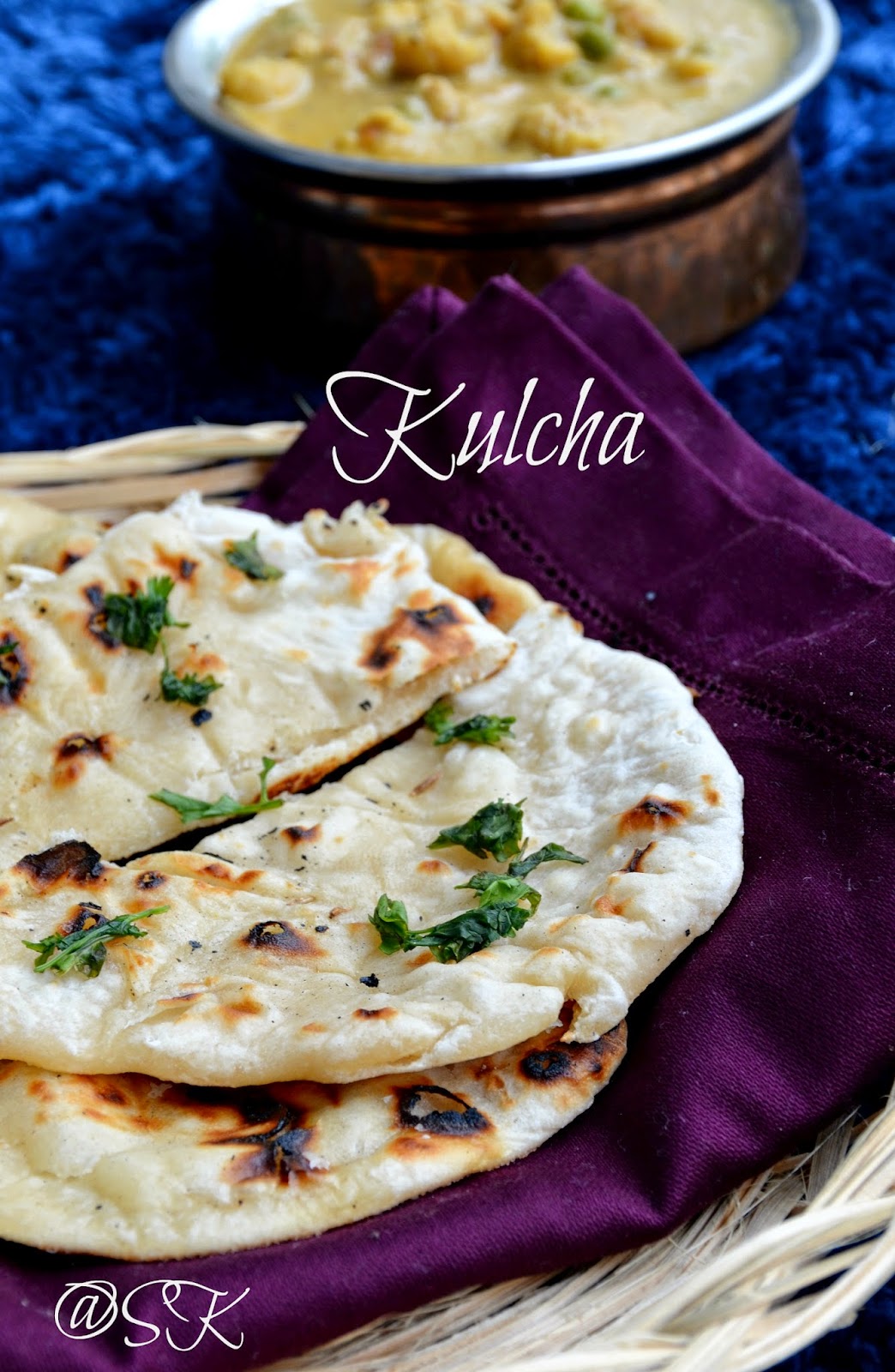 
Notes:
* Club soda, acts as a rising agent for this kulcha, so don't skip it.
* Usually, kulchas are stuffed with aloo mixture and cooked, so if u want, you can stuff any mixture into the kulcha and cook.
* If you don't have club soda, then we can replace it with little baking soda and baking powder.
* The dough has to be rested for half an hour for the gluten to form.
* Don't leave the kulchas unattended, while cooking, if not the kulchas will become hard.
* The flame has to be really high for the kulchas to be cooked fast. 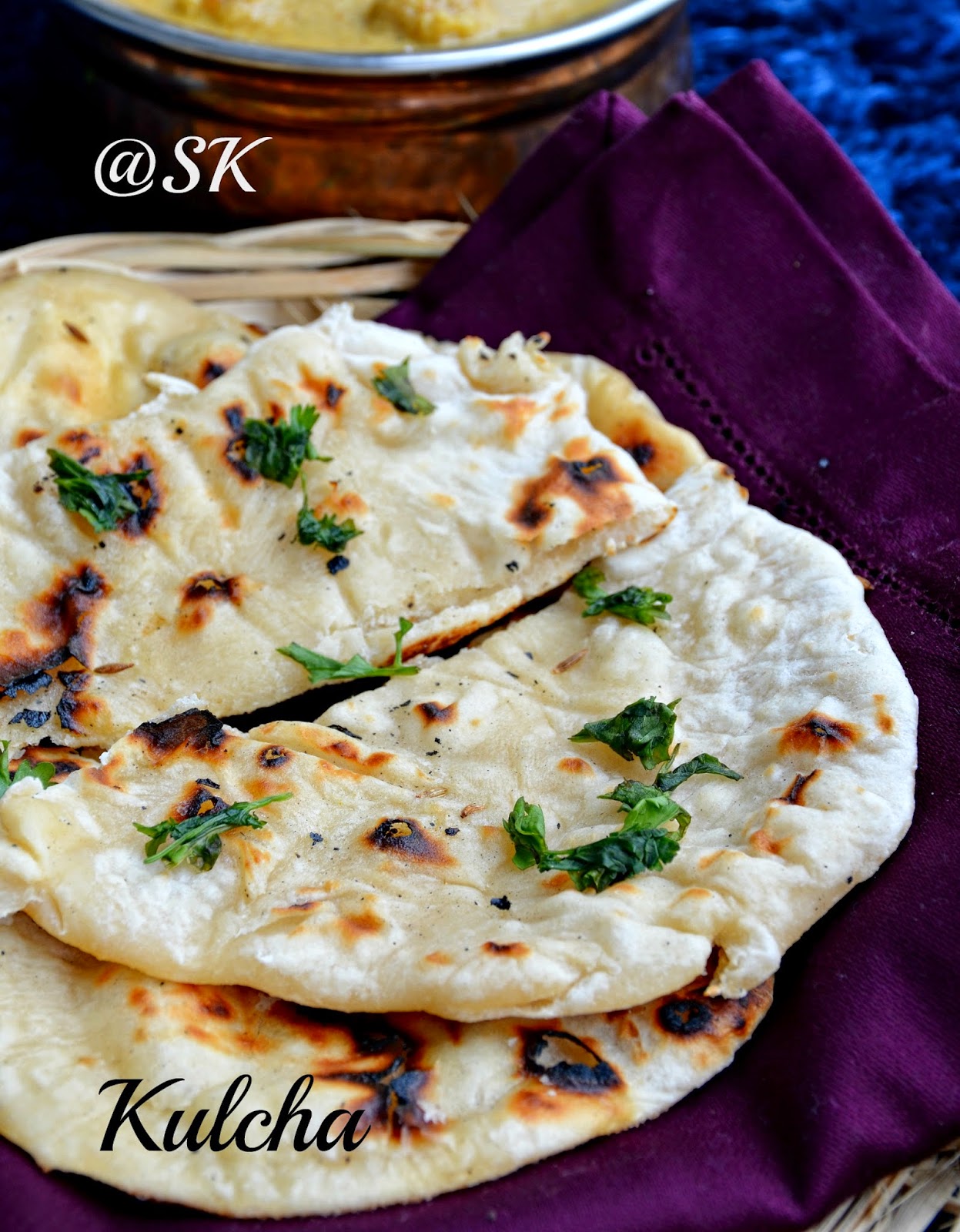 kulcha looks so perfect.. One of my kids fav..

They look so soft and perfect..