Pav bhaji is the king of north Indian delights and almost 1 lakh people are fed with this lovely chat in India on a daily basis.Its a blend of veges cooked in tomato gravy and served with Pav . This weekend,when i shopped in one desi shop, this pav appealed to me and asked me to cook it.Immediately, took it as a refugee and gave it a new life and shape. 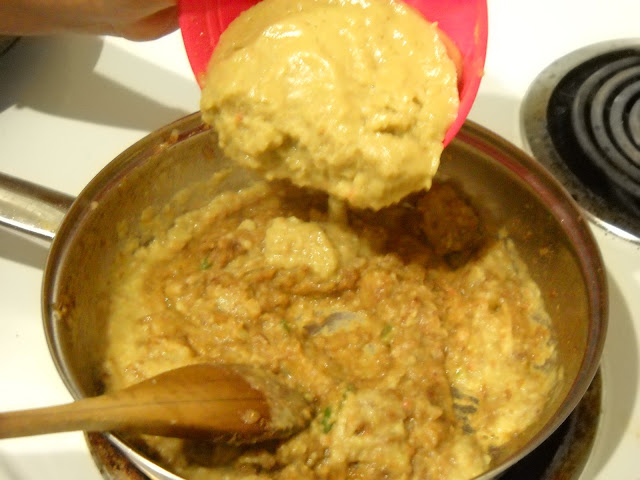 * Adjust salt and pav bhaji masala to ur taste and turn it off when it starts giving oil out.
* Take a tava and add 1 tsp of butter and add pav bhaji masala and mix it.
* Cut pavs into halves and toast it on the masala.

*  Squeeze some lemon juice to bhaji and serve with pav.

Email ThisBlogThis!Share to TwitterShare to FacebookShare to Pinterest
Labels: Chaat